“There is something quintessentially American about bourbon,” said Bradshaw. “There’s just nothing better than a fireplace, two fingers of Bourbon, a great cigar and Pavarotti playing in the background. I’ve always appreciated a good bourbon, and now I’ll be enjoying my own!”

Born in the heart of Kentucky Bourbon Country, Bradshaw Bourbon is distilled by a third-generation master distiller. Vanilla, coffee, banana, leather and campfire notes are available on the nose. Bradshaw Bourbon delivers robust flavors of cinnamon, baking spices, vanilla and coconut on the palette, with a finish of wood, vanilla and butterscotch.

Bradshaw Bourbon will be rolling out nationwide in the coming months. More information, along with signature cocktail recipes, may be found on the website at www.bradshawbourbon.com, as well as on Facebook, Instagram and Twitter at @BradshawBourbon. 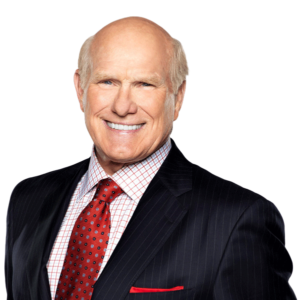 The only NFL player with a star on the Hollywood Walk of Fame, Terry Bradshaw continues to entertain fans far and beyond his legendary professional football career with the Pittsburgh Steelers. The four-time Super Bowl champion quarterback, two-time Super Bowl MVP and Pro Football Hall of Fame inductee joined FOX NFL Sunday as co-host and analyst with the show’s inception in 1994. In addition to his long-term role as a multi-Emmy and award-winning broadcaster, Bradshaw has starred in movie and television hits including the box office smash comedy romance, “Failure to Launch,” “Father Figures,” “Better Late than Never,” and “The Masked Singer.” Bradshaw is also a gospel and country singer, motivational speaker, New York Times best-selling author and breeder of championship quarter horses.

Page load link
Are you 21 or older? This website requires you to be 21 years of age or older. Please verify your age to view the content, or click "Exit" to leave.
Go to Top